GETTING OUR ORDERS RIGHT

No, not in a restaurant.

So, what were these religious Orders? 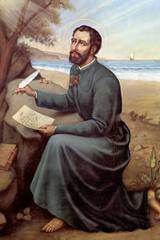 The Jesuits were the first permanent Catholic missionaries in the Marianas and, indeed, we are called the Marianas because of a Jesuit, Blessed Diego Luis de Sanvitores, founder of the mission.

The Jesuits wore a black cassock, in Spanish a sotana (which we also use in Chamorro).  A black sash would often be worn around the waist.  They wore no hoods and the sash was made of cloth. 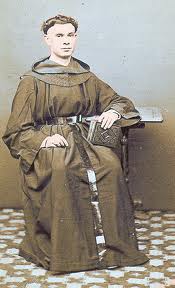 The longest-serving Order in the Marianas were followers of Saint Augustine, and wore a black habit (religious robe) with a hood and leather belt, with one strap dropping down towards the floor called the correa.

The Capuchins wear a form of the very familiar Franciscan habit (robe) : brown, with a white cord, and a large hood.  Traditionally, they also wear beards and wear sandals, not shoes. 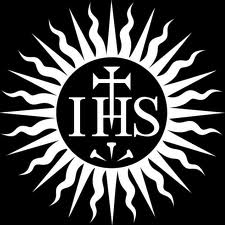 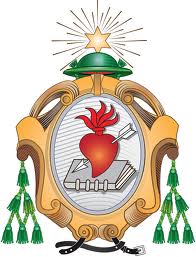 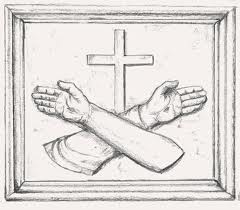 Capuchin Franciscan Seal
Posted by paleric at 12:05 AM