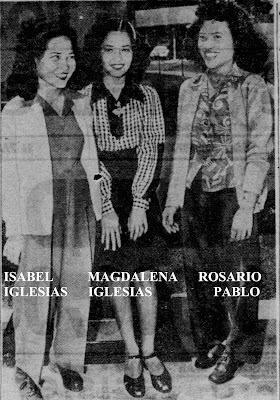 Three, young Chamorro women lost either a leg or a hand, thanks to World War II.
Two were sisters, entering their teens. Isabel Mendiola Iglesias was just ten years old when the war started, and her younger sister Magdalena Mendiola Iglesias was just nine.
Rosario Benavente Pablo was a bit older. She was nineteen when the war started.
During the battle to retake Guam from the Japanese by the Americans, Isabel lost a leg and Magdalena lost a hand. Rosario lost a leg.
From Rosario's children we know the story. Rosario and her family were hiding up north on Guam when the Americans returned and severe fighting began between the Americans and the Japanese, who constantly moved north. Rosario's family started to move southward and spent the night in an abandoned structure in Liguan near Dededo. An American bomb hit the house; more than one family member was injured but Rosario's leg was severely damaged. They made it to the American lines and Rosario was taken to the American field hospital and her leg was amputated.
MARE ISLAND 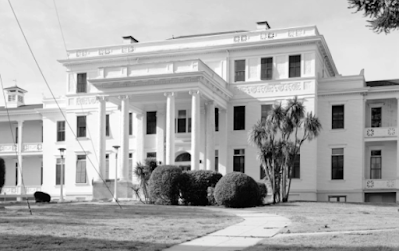 MARE ISLAND NAVAL HOSPITAL
Right by Vallejo, California, not far from San Francisco, the US Navy operated a hospital with a special division; an Orthopedic Department opened to care for thousands of American soldiers who lost hands, arms, feet or legs in warfare.
Somehow Isabel, Magdalena and Rosario were able to receive the same kind of care at Mare Island, courtesy of the US Navy.
First, the three ladies had to be looked over to see what artificial limbs could be designed for them. Once made, the artificial limbs had to be fitted to the ladies' natural limbs. Then the ladies had to be trained how to use their artificial limbs, such as how to walk with an artificial leg to appear as natural as possible. Magdalena was taught how to use makeup on her artificial hand to match her natural skin tone.
The good news is that all three ladies lived long and happy lives. Isabel married Juan Crisóstomo Mafnas; Magdalena married Clemente León Guerrero Dueñas and Rosario married Terencio Lim Villaverde. 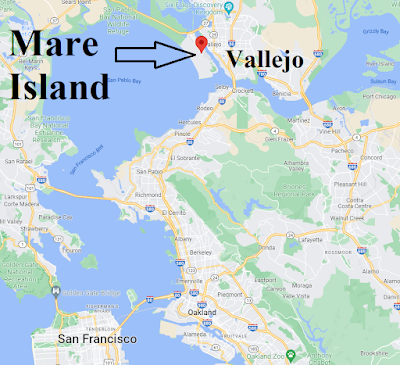