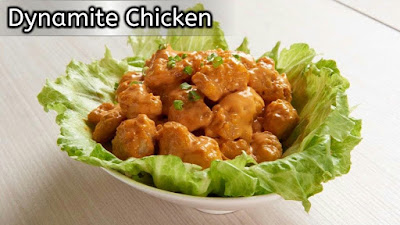 Chicken that packs a punch - probably with red chili pepper - can aptly be called Dynamite Chicken.

But in 1907, Guam had a different kind of Månnok Dinamita (Chicken Dynamite), and it wasn't due to donne' (red chili pepper).

Instead, 100 pounds of dynamite were stolen from the Navy's machine shop, located at the old Customs Office at Punta Piti.

Punta Piti, or Piti Point, was the landing spot for vessels anchored in Apra Harbor. From the big ships, people and cargo would ride smaller boats and land at a wharf (pantalán) at this point in Piti. This is where passengers' paperwork was processed and import taxes levied if applicable. When necessary, passengers were quarantined on Cabras Island nearby and, in those days, Cabras Island was really an island, not connected by a bridge yet to the main island as it is today. 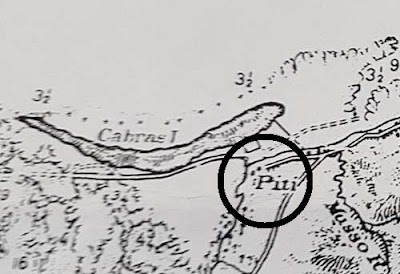 PUNTA PITI WAS THE LANDING PLACE FOR GUAM


When the Americans started governing Guam in 1899, they built up Punta Piti little by little over the years, including improving the facilities and the road from Piti to Hagåtña. The old customs house at Piti was a machine shop operated by the Navy by 1907.

Police and naval authorities were at a loss who stole the dynamite but they didn't lack "persons of interest," and they were Chamorros.

The two main characters in the story were Tomás Espinosa de la Cruz from Malesso', and Pedro Camacho Quitugua, better known as Pedro'n Karabao, of Piti.

They both had two different versions of the story.

Cruz claimed that he had come up from Malesso' to Piti by boat, with a fighting rooster to sell. He says that Quitugua became interested in the rooster, and asked if Cruz would trade it for dynamite. Cruz said he'd have to ask the owner of the rooster, Juan Barcinas of Malesso', who happened to be in Hagåtña at the time. Barcinas, Cruz claimed, said go ahead and trade it. But Cruz couldn't find Quitugua when he returned to Piti.

Cruz gave the rooster to Mónica de San Nicolás, also known as Oka, of Piti, to hold on to. Cruz said if Quitugua appears, to trade the rooster with him for dynamite.

The following day, Cruz checked on Oka. She said Quitugua did come by but told Oka, "Tell Cruz to take back the rooster and eat it. Where can I steal dynamite?"

But when Cruz met up with Quitugua shortly after that, Cruz claimed Quitugua was willing to make the trade, chicken for dynamite but would give Cruz the dynamite the next time Cruz was in Piti. Cruz left the rooster with Oka in Piti and left on his boat for Malesso'.

Back in Malesso', Cruz had a talk with Vicente de Torres who informed Cruz that using dynamite was illegal. Cruz then asked Torres to retrieve the rooster from Oka, as Torres was intending to travel north. Torres eventually did just that. The rooster ended up back in Malesso' in Cruz's hands.

Well, none of this made Quitugua look very good but Quitugua had his own tale to tell.

He said that Cruz came to Quitugua at the Beach Master's Office at the old custom's office at Piti, asking where he might find Vidal de los Santos, for he was going to trade the rooster for some dynamite Vidal supposedly had. Quitugua informed Cruz that Vidal was working in Sumay and had no dynamite anyway.

The enterprising Cruz then asked if Quitugua would be interested in trading dynamite for the rooster. Quitugua said he would, if he could find any.

Later, Quitugua met up with Oka and told her to tell Cruz to keep the rooster, as he had no dynamite. When Quitugua went back to his home, he discovered some detonators that mysteriously appeared there. He took the detonators to the American Beach Master, who then went to the machine shop and discovered the missing dynamite and detonators.

It sounded all too suspicious. All this talk about dynamite just when 100 pounds of it were stolen.

Yet, despite all the interrogations, officials could not find any solid evidence who stole the dynamite and no one was ever charged. 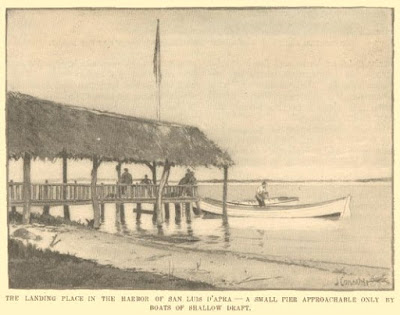