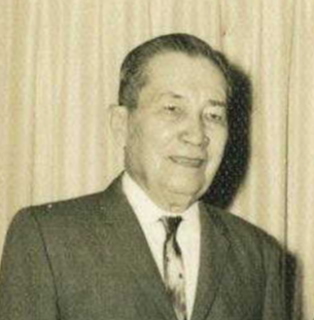 
In 1907, Pedro Lizama Cepeda, better known as Pedro'n Kókora, had a little store in his Hagåtña home in the barrio of San Ignacio, on Maria Ana de Austria Street. He was actually a neighbor of my great grandmother.

One January day that year, a man named José, who was known for being something of a petty crook, walked into the Kókora store, asking to look at some fabric. Pedro'n Kókora was away that morning, but his wife Natividad Santos Mendiola was minding the house and store. She showed José a bolt of fabric called crespón rayado (crepe with stripes). 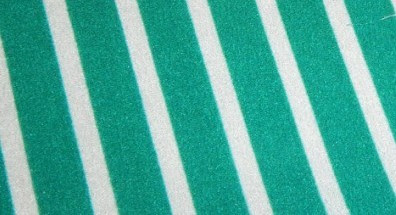 
José asked for 15 and a half yards of it and Natividad cut it out. José then took up the fabric in his arms and turned around to walk out. Natividad asked him for payment. He told her, "I will pay you soon. I have to go home and get the money."

Natividad balked. She said, "I cannot allow that. My husband is not here and he would not be happy if I did that."

"Then let one of your children walk with me back to my home," José said.

Natividad then instructed her daughter Isabel, ten years old, to follow José to his house to get the money; seven Mexican pesos and 75 céntimos. But after they crossed the Hagåtña river, on the north side, José told Isabel to go back home and said he had no money to pay her mother.

Isabel went back home and told her mother.

Meanwhile, José went to a house and asked the owner if he would be willing to exchange the fabric for tuba. As the owner had no tuba, he declined. José had better success selling the fabric to two sisters, for 2 Mexican pesos and one dollar in gold. When the sisters asked José where he got the cloth, he made up the story that he got it as payment from the cable company in Sumay.

When Natividad learned from Isabel that José was dodging his obligation to pay for the cloth, she went, accompanied by a male neighbor, to look for José. When they found him, José said he had burned the cloth!

Natividad had no other option than to take the matter up with the law. José was tried and found guilty of swindling. He was sentenced to two years and four months' imprisonment and ordered to pay the sisters to whom he sold it. The fabric was recovered from the two sisters and used as evidence in the trial, after which it was restored to the Cepedas. José had to pay for the expenses of the trial or work on public projects if he had no money. Part of the reason for the severity of the sentence was the fact that José had been in court several times already for charges of theft, perjury and swindle.

Natividad's children Isabel, Pedro and Rosa testified at the trial.

ROSA MENDIOLA CEPEDA (married PEREZ)
She was 13 when she saw José swindle her mother
Posted by paleric at 11:45 AM