A BRIDGE WITH NO RIVER 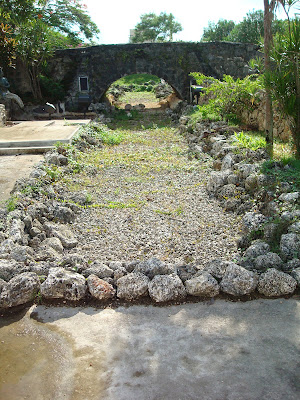 Here's the bridge;
but where's the river?

The Spanish bridge in Hagåtña was built in 1800 by Governor Manuel Muro, who was also responsible for quite a number of other public projects on Guam.  The official name of the bridge is San Antonio, but it has also been called Tollai Åcho, or Stone Bridge, in Chamorro.

But why build a bridge over dry earth? 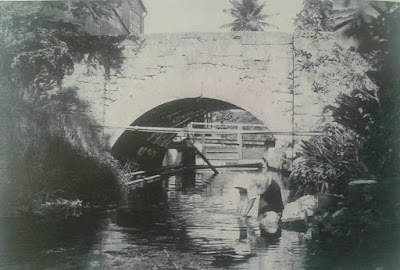 The bridge when there was a river

There was a river that went straight across Hagåtña, up until at least 1944.  It started in the swamp lands east of Hagåtña, through Minondo, then in between San Antonio and San Nicolas districts, through San Ignacio and then emptied into the sea right about where the Corn Building is now in Aniguak. 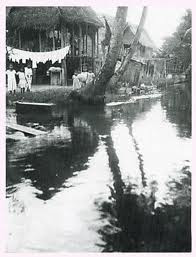 The Hagåtña River before the war

It was in this river that the legendary Sirena turned into a mermaid.  Her statue stands now by the Tollai Åcho. 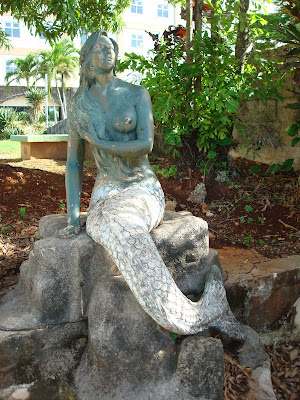 Sirena of the Hagåtña River

Here's a map of Hagåtña in 1915, showing the course of the river through the different barrios or districts of the city. 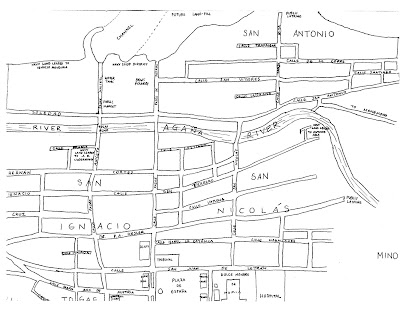 And to think that a river flowed down the middle stretch of this picture below, underneath the present-day Bank of Hawaii building.  Some years ago, there was some digging east of that bank and they found the remains of a bridge, I believe, that crossed over the river. 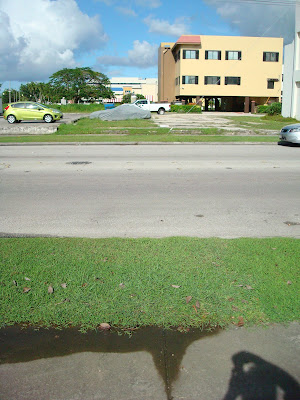 The American military government filled in the river after the war with the debris of the ruined city.  The river was diverted to empty to the east of the Paseo. 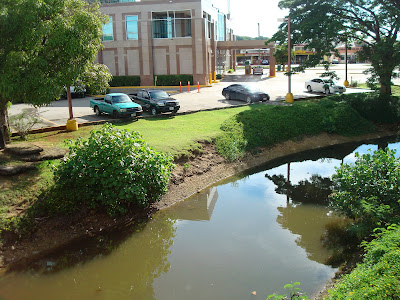 Was Sirena turned into a mermaid here?
Posted by paleric at 12:10 AM