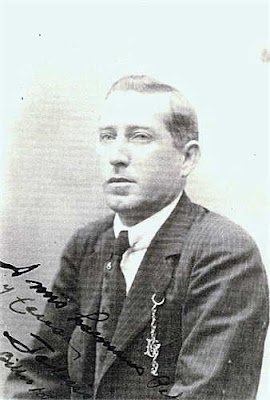 FEDERICO NARRUHN
Born on Guam in 1885?


Mention the name Narruhn to a Chamorro and s/he probably will give you a blank stare.

But the Narruhns are a well-known family whose branches extend to the Marshalls, Samoa, the U.S. mainland, Pohnpei and Chuuk, and other places besides.

Apparently, though, there is a small and brief Guam connection, too, with this family.

Frederick Carl Narruhn was a German who immigrated to the United States in the 1870s. In 1879, he enlisted in the US Navy. He eventually became a US citizen.

After the Navy, he bought a schooner, called the Neptune, and sailed the Pacific. He went many places. In Samoa, he fell in love with a New Zealand lady and married. But, off he went again to other lands, his wife in tow. By 1882, Narruhn had made Pohnpei his base of operations, doing business selling merchandise and transporting goods and passengers from here to there. It's not surprising that he would have gone to Guam on occasion. It is documented that several Western businessmen and settlers traveled from the Caroline Islands to Guam in the late 1800s. By 1886, the Carolines were under Spanish control, just as the Marianas had been far earlier in time. There was money to be made on Guam, too!

It seems the Narruhns were in Guam in 1885, just in time for Mrs. Katherine Narruhn to give birth to a son, named Frederick, after his father. According to several documents, this Frederick states Guam as his place of birth.

It is not certain how long the Narruhns stayed on Guam after baby Frederick's birth. But, according to Frederick (junior) himself, by 1894 he was living in Manila, where his father had sent him to get an education.

While in Manila, with its strong layer of Spanish culture, Frederick became more known as Federico. He married a pretty Filipino Spaniard, Concepción Matti, the daughter of two Spaniards living in the Philippines. 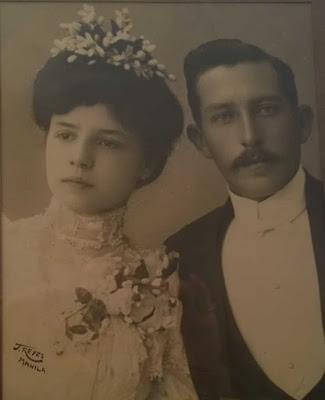 Federico and Concepción Narruhn in Manila

In time, both of them moved to California, where they died in the 1960s and 70s.

On a ship's passenger list in 1919, Federico's place of birth is listed as Guam, MI (Mariana Islands).

On a passport application form, Federico states his place of birth as Guam. 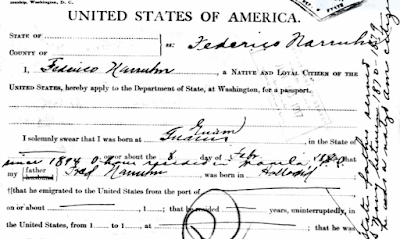 As I mentioned, the Narruhns can be found all over the Pacific, from east to west. At times this meant that the family separated and didn't see each other for decades and decades! This happened between Federico and his brother Robert. Quite by chance, though, they met each other again in California in their senior years. 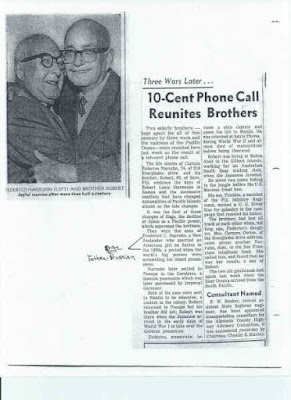 Today, there are Narruhns living on Guam, coming from various places in the Federated States of Micronesia and beyond. I wonder if they are aware that a senior member of their clan was actually born on Guam during the Spanish period.
Posted by paleric at 8:32 AM

Email ThisBlogThis!Share to TwitterShare to FacebookShare to Pinterest
Labels: Taotao/People