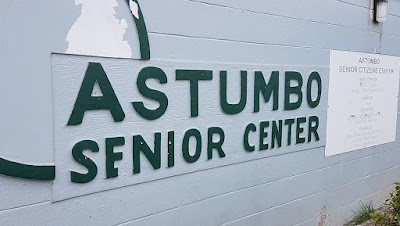 Astumbo is a pretty recognizable place name on Guam. Astumbo is a neighborhood within the municipality of Dededo, situated in between Ukkudu to the south and Gugågon to the north. But how did this area get to be called Astumbo?

One clue is immediately seen in the beginning of the name. The syllable AS is a Chamorro word more or less meaning "at" when used in place names.

There are many places on Guam whose names begin with AS. It often means "at so-and-so's place."

As Lukas, a place in Talofofo, was probably an area where a man named Lucas (Luke) lived.

In Saipan, there is a place called As Palomo, probably where someone named Palomo lived.

In Luta, there is the famous latte stone quarry called As Nieves, probably where a woman named Nieves once lived.

As is often the case, he was more often called by his nickname, which was Tun Bo.

In this case, the MON in Ramón was changed to BO.

Here is a possible way how that came about :

One elderly lady told me that in her father's ranch area, the neighbors were a Cruz family (better known as the Achigo' family), the Arteros and Ramón Camacho, better known as Tun Bo.

Her father would sometimes send her on an errand to Tun Ramón's ranch telling her, "Hånao para as Tun Bo." "Go to Tun Bo's place."

NOT FOUND IN PRE-WAR MAPS

If Tun Bo was living before the war, then it seems that the area could not have been called Astumbo back in Spanish times or in the early American period. Perhaps the name Astumbo came about just prior to the war and certainly after it.

One indication of this is the absence of the name Astumbo in pre-war maps. 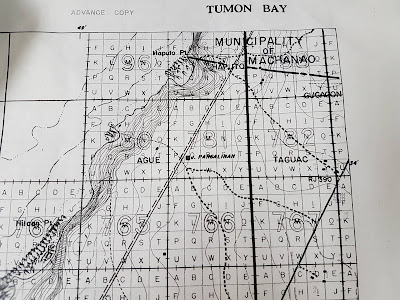 In the Navy's list of place names of Guam, compiled right after the war, there is no listing for Astumbo. 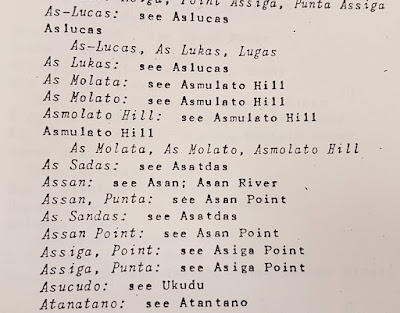 In the coming months, when possible, I will continue searching for this Ramón Camacho who supposedly lived in the area and is the Tun Bo in the name Astumbo. If any readers can provide any clues or information, please do leave a message in the comments section at the bottom of this post.
Posted by paleric at 8:28 AM