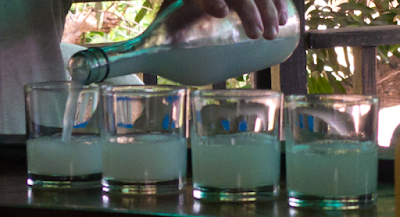 THERE WAS ALWAYS TUBA AND AGI
In 1919, the 18th Amendment to the US Constitution outlawed the manufacture and sale of intoxicating liquors. It came into effect in 1920 and was known as Prohibition.
It was not a success.
Make something illegal and its popularity doubles.
People made liquor themselves (moonshine), sold it illegally (bootleg) or smuggled it in from Canada, Mexico and the Caribbean. The Mafia's power and income were propelled thanks to Prohibition, as they made millions of dollars in the illegal sale of liquor.
During Prohibition, booze didn't disappear. It went into hiding. And many people found it.
DID PROHIBITION APPLY TO GUAM? 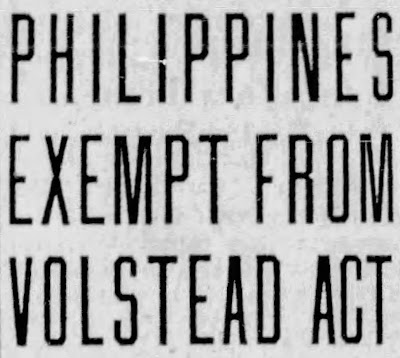 Yes and no.
When Guam came under US power in 1898 through the Treaty of Paris signed between Spain and the US, the US Congress was supposed to determine the civil rights and political status of the people of Guam and the other territories taken from Spain.
The US Congress did so right away for the Philippines, passing Organic Acts in 1902 and 1916. Guam didn't get an Organic Act till 1950.
In the Philippines Organic Act of 1916 (also known as the Jones Act), it was determined that American laws did not apply to the Philippines unless the American law specifically mentioned the Philippines. The law putting the 18th Amendment (Prohibition) into effect was called the Volstead Act, and the Volstead Act failed to mention the Philippines. So, while you could not buy a glass of Scotch legally in the US, the booze freely flowed in the Philippines.
American newspapers commented that Prohibition would have been fiercely opposed by most Filipinos.
On Guam, the Naval Governor was king. It was debatable whether the Volstead Act (never mentioning Guam) was applicable to Guam. But it didn't matter. The Naval Governor could outlaw all liquor if he wanted to. And the Naval Governor of Guam in 1920 wanted to.
Governor William W. Gilmer, Governor from 1918 to 1920, outlawed the making and consumption of tuba (coconut wine or toddy), except for use in bread and for vinegar. 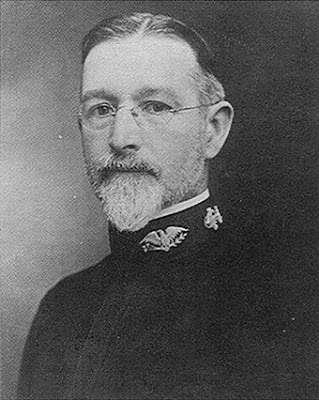 GILMER
So yes, Prohibition did happen on Guam for a time, but thanks to the Naval Governor's supreme and uncontested power to make such a law, whether the 18th Amendment or Volstead Act applied to Guam or not.

NOT REALLY
But, just as liquor only went into hiding in the US, liquor didn't disappear from Guam either, no matter what the Naval Governor said.
An American visitor to Guam in 1926 wrote in a newspaper that he had spent just a few hours in Piti, and a few hours in Hagåtña and still a few more hours in Sumay, and before the day was done he had heard that tuba was available, despite the law. More than tuba; åguayente or agi, which can be made from tuba and distilled into clear and stronger alcohol, was also available.
The problem enforcing Prohibition on Guam was the remoteness of the agi stills and the tuba collecting. Guam had very few automobile-worthy roads, especially in the southern and northern rural areas. Deep river valleys in the south hid many illegal agi or tuba sites. Law enforcement would need to get to these locations by animal or on foot. Policemen tried their best; they had a reason to. Out of the $5 fine bootleggers paid, $1 went to the policeman who discovered the illegal still or tuba tree. But it was hard for the police to find the hidden ones. There were only some 20 patrolmen anyway; not enough to poke around every corner.
In 1926, a gallon of tuba, or a gallon of åguayente, sold for 50 cents. All hush hush, so it was said. But how hush hush could it have been when a short-term visitor heard all about it on his first day?
SMUGGLED BOOZE 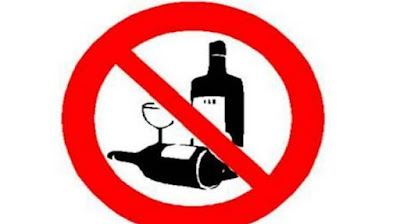 Local alcohol wasn't the only illegal liquor available during Prohibition.
An American civilian worked for a trading company on Guam in the 1920s. He had never been in trouble with the law on Guam before. But he made the mistake of firing his Chamorro cook, who went to police to report on his former boss, as a form of revenge. The American, the Chamorro cook said, owned booze smuggled from overseas shipped on the Gold Star.
When the police went to the American's house to investigate, they found crates marked ginger ale, only to find a tin inside each crate and inside the tins 6 quarts of whiskey. The American was cited for making a false customs declaration and for receiving illegal and smuggled alcohol.
In 1933, Prohibition ended with the repeal of the 18th Amendment. Guam once again had saloons, bars and restaurants serving liquor. But, the whole time they were illegal, the tuba and agi never dried up.
NORTHERN MARIANAS 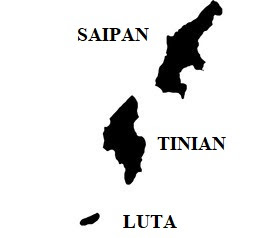 It should be said, for completeness regarding all Chamorros and all the Marianas, that Prohibition never happened in the Northern Marianas which were under Japanese jurisdiction. Research needs to answer the question whether the Japanese imposed some restrictions on tuba and/or agi production, such as licenses (probably) or quotas. But the sake, beer and other liquors freely flowed under Japan.
Posted by paleric at 9:49 AM