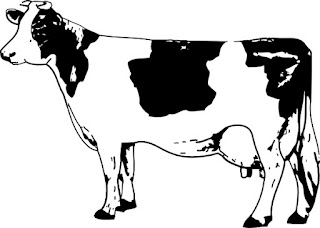 Here is a glimpse of agricultural låncho Chamorro society; the way they lived for 250 years until life after World War II took most of the people off the land.

People borrowed from each other in those days. A lot! Not everyone had everything, but those without X could borrow from those who needed their Y. That way, nearly everyone was covered.

This applied to animals, too.

One farmer might have fertile cows, but no bull to impregnate them. Another farmer down the trail might have a bull but no cow to get pregnant. 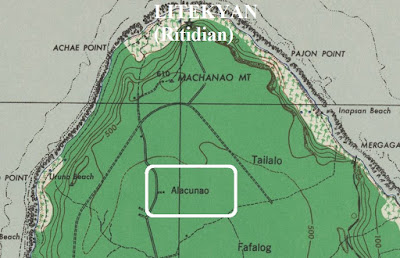 
In 1922, this was Joaquin's situation. He had a bull, but no cow at his ranch in Alakunao. And so he asked Florencio if he could borrow Florencio's cow so that his bull could impregnate her.

Florencio considered the benefit possible for him. And so he agreed under these conditions :

1. The first baby calf born of the cow was to be Florencio's. The second would be Joaquín's.

2. If the cow died due to Joaquín's negligence, Joaquín would have to pay Florencio the value of the cow.

3. If the cow died and Joaquín was not at fault, both Florencio and Joaquín could still profit from the cow by selling the meat. In order to do this, however, Joaquín had to inform Florencio of the cow's death within 24 hours of finding out about the cow's death. That way, the meat of the dead cow would still be fresh enough to butcher and sell, to the profit of both men.

Well, a year later, Joaquín did find the cow dead on a Saturday morning at the ranch in Alakunao. He told Florencio, the owner, right up to the 24 hour limit, informing him of the death right after the 5AM Sunday Mass at the Hagåtña cathedral.

Florencio was not satisfied that Joaquín had taken proper care of the cow and was thus, he claimed, responsible for its death. Florencio took Joaquín to court but, in the end, Joaquín was exonerated of any wrongdoing.
Posted by paleric at 10:14 AM