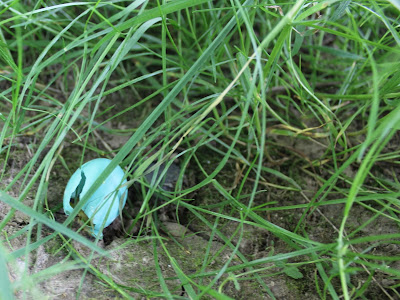 Egg in the grass.


This saying sounds strange at first to people hearing it for the first time, but it was heard by some older people in the past.

Here's the idea behind it. A hen usually lays her eggs in a coop (kasiyas) or basket (ålan månnok).

So if a woman gives birth to a child out of wedlock, it's like the hen who lays her egg out on the grass, in a field and so on. Far away from the public eye, from the usual places a hen would lay an egg. Even the child would be called påtgon sanhiyong, a child "from the outside, " outside of marriage, that is.

There were lots of births out of wedlock in the old days. But it was considered something shameful. There would be no christening party, for example, when the baby was baptized.
Posted by paleric at 8:25 AM