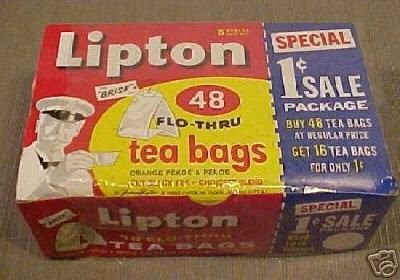 "Tea" in Chamorro in chå. It's the same word for tea in many Chinese languages; in Korean, Japanese (ocha) and Filipino (tsaa).

But tea didn't grow in the Marianas, so the word chå must have been adopted from other people who called "tea" cha. But from who?

DO YOU DRINK CHA OR TE?

With few exceptions, the world has only two ways to say "tea." Both ways originate in China, where the plant was cultivated before anyone in Europe or America knew anything about it.

For much of China, "tea" is cha, and that word spread to Korea and Japan, and also to those places where tea was carried over land by merchants. Land routes carrying tea and other goods from China reached Persia (where cha became chay); Russia (where cha also became chai) and Arabia (where it became shay).

But a coastal area of China called Fujian says te for "tea." Where tea was exported by ship from Fujian, the word te went with it. This is how English got the word tea, and French thé and Dutch thee. The Spanish word for tea is té.

Interestingly, the Filipino word for tea is tsaa, even though the great majority of Chinese in the Philippines have roots in Fujian, where tea is called te.

You would think that, if the Spaniards were the first to bring tea to the Marianas, we would also use their word for it - té. But we don't.

Dutch and English ships also came to the Marianas now and then. We don't use a word similar to theirs for tea. When American ships started coming to the Marianas in the early 1800s, we didn't borrowing their word for tea, either.

Instead, we use a word coming from the majority of China, and Korea and Japan. But, other than Choco in the time of Sanvitores, we don't know of any Chinese living in the Marianas in the 1600s. And how much tea could Choco have had, if any? He was a castaway, anyway, who probably landed here with not a whole lot of possessions. Did Choco grow tea? If he did, from what source, having been a castaway? Tea didn't grow well in the Marianas. Safford (writing around 1905) says that they tried to grow tea on Guam, but it failed.

Chinese immigrants moved to Guam in the late 1850s and into the 1860s and after. They might have brought small supplies of tea, and relied on incoming British and American ships to sell them more. But almost all of these Chinese immigrants were from Fujian, where the word for tea is te, not cha.

That leaves Japanese merchants. Their word for tea is ocha. But the Japanese traders didn't start coming to the Marianas until the 1890s, and the Chamorros already had the word chå for "tea" since
1865 (or before) when Ibåñez wrote his Spanish-Chamorro dictionary and chå appears there as the Chamorro word for tea.

Who knows? It's a mystery why Chamorros did not borrow the Spanish word for tea, and it's a mystery from whom they did borrow the word chå.
Posted by paleric at 10:41 AM