IT USED TO BE CALLED KASAMATA 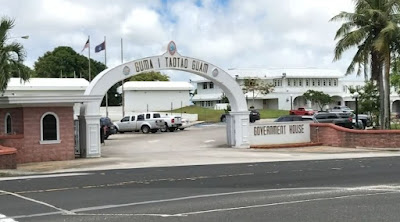 Today we simply call it "Government House" but, for some time during the Spanish period, the area was called Kasamåta, or in Spanish Casamata. It's mentioned in some Spanish-era documents.

That word has a meaning in Spanish. It means a domed structure where artillery is placed. Here's one photographic example of a casamata : 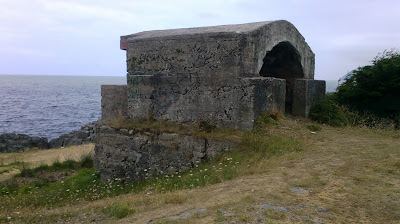 So, it seems possible that an actual casamata was built there. The location makes sense for one, and an actual fort was built close by at Apugan, Fort Santa Águeda.

A vigía, or lookout point, is indicated at Fort San Ågueda by Governor Villalobos in 1833.

What the pre-Spanish name of the place was, if there had been one, is unknown to me unless and until we find some evidence for it. 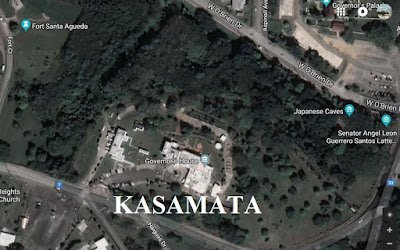