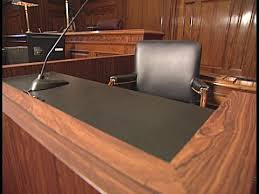 Cultural stereotypes often fail when we meet exceptions to the rule, but it does seem that there are some traits which are strong among certain groups of people. We could say, for example, that respect for elders is one of many Chamorro traits, keeping in mind there are exceptions to that rule here and there!

Many people, over the years, have made the observation that it's very hard at times to pin down a Chamorro on what s/he thinks, wants, likes and knows. Outsiders are not the only ones who have made this comment; some Chamorros themselves have said this, as well.

Perhaps it comes from our hesitation to be assertive or to disagree or differ from the person we are speaking with.

A Chamorro writer, John Del Rosario, talks about this trait among many Chamorros. He uses the word håfkao to describe it. Håfkao refers to something uncertain or doubtful. The word could come from "håfa kao" or "what" plus the question marker "kao." Or it could come from "håfa hao," literally "what" and "you" but perhaps meaning "what have you," again, pointing to something uncertain or undetermined.

The writer imagines a court scene where this trait comes into play. I have taken the liberty to base the following on his imaginary scenario :


Guaha taotao ilek-ña na i Chamorro et mås båba na testigo gi kotte.
(There is someone who says that the Chamorro is the worst witness in court.)

Adeset, puro ha' håfkao i Chamorro (ilek-ña este na taotao).
(That is to say, it's all uncertain with Chamorros (says this person).)


Håfa opinion-mo? Kao konfotme hao na taiguine kostumbre-ta an manguentos hit?
(What's your opinion? Do you agree that this is how we are when we speak?)
Posted by paleric at 7:50 AM