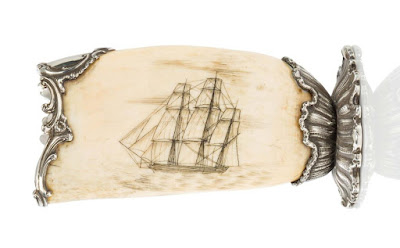 
Apra Harbor was very busy in the early 1800s, with as many as half a dozen whaling ships anchored there at one time.

A Spanish ship, the Pronto, sailed from Manila to Sydney, Australia, in 1835, selling sugar, rice, cigars, molasses and various things besides. Before coming to Australia, the Pronto had stopped by Guam and reported the following whaling ships visiting the island at around the same time :

Due to the arrival of significant numbers of whaling ships at Apra from 1820 onwards, the once-abandoned village of Sumay was repopulated mainly by people from Hagåtña moving down there.