A WHALER WHO CAME BACK

Not all the Chamorro men who left Guam and the other Mariana islands on the whaling ships left for good. Some came back. One of them was Juan P. Manibusan.

According to Juan's marriage record, he was born in 1866. But, in those days, people were often unsure of their ages and birth days, so we have to keep an open mind about the question of his age.

He ended up in Liverpool, England at least by the 1880s. Liverpool was a great seaport at the time, sometimes called "the New York of England." It was home to the Cunard and White Star shipping line, and the home port of such historic ships as the Titanic, the Lusitania and the Queen Mary. Huge amounts of cargo came through the port as well as thousands of immigrants from all over the world. I'm not surprised that a Chamorro seaman of the 1800s found himself in Liverpool.

The great port City of Liverpool


Because of poverty and the famine in Ireland, which began in 1845, thousands of Irish, mostly Catholic, moved to Liverpool for work. Among them was a young lady from Kilkenny, Ireland named Mary McKenna Drennan. Juan met her, the two fell in love and were married in Liverpool in 1889. While some of their children died in infancy or childhood, at least four children lived to adulthood : Anthony, John, Joseph and Maria. These Chamorro-Irish children were all born in England.

In Liverpool, Juan ran a tobacco shop and a boarding house where he provided lodging to sailors. In the 1891 British Census, Juan rented out lodging to a Filipino sailor named Chris Puto Labiron and his much younger British wife and step children. In Juan's neighborhood, in fact, there were no less than 4 or 5 Filipinos living there. 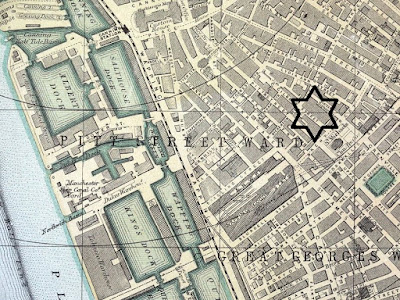 The star marks Upper Frederick Street, home of the Manibusans in 1891

In 1891, the Manibusans were living on Upper Frederick Street in the Pitt Street Ward district of the city. This area was close to the docks, so it's no surprise that Juan rented out lodgings to seamen.

It is said that at the end of World War I, he brought his wife and the two youngest children to Guam for good. The two older boys, Anthony and John, joined the British Navy and in time settled in the U.S.

Descendants of Juan and Mary Drennan Manibusan live to this day in Guam and the United States mainland. 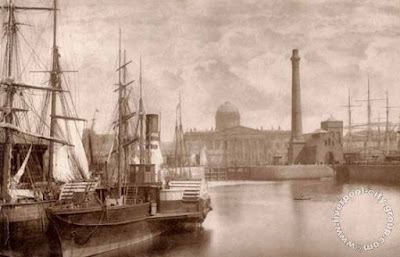 
*** The assistance of Juan's descendant, Jamie Bolton-Ronacher, is gratefully acknowledged.
Posted by paleric at 10:05 AM